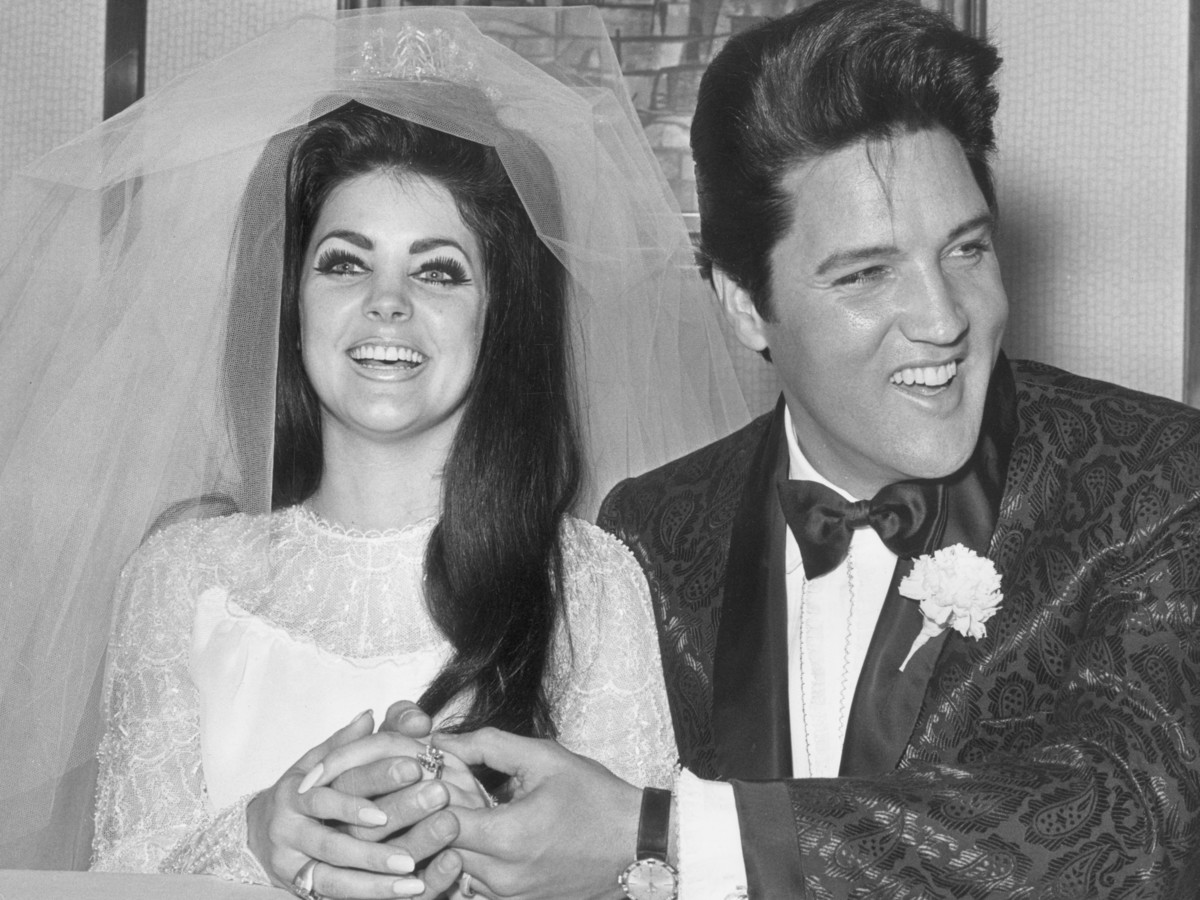 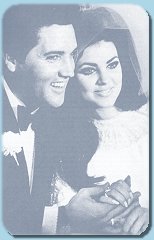 From the time she moved to Memphis at age seventeen to finish high school near Elvis Presley, Priscilla Beaulieu knew they would marry someday. ‘The mystery was when,’ she remembers. ‘That was Elvis’ way of keeping the romance alive.’

Priscilla was aware that other women before her had used pressure tactics to no avail, so marriage was a topic she rarely brought up. She didn’t need to. There were signs here and there. ‘He talked a lot about children, and we imagined what they would look like and what they would do,’ says Priscilla. And there were his many gifts. ‘This is nothing,’ Elvis would say upon presenting her with a bauble. ‘Just wait.’

At that time, Priscilla was in no rush to marry. She had her own room at Graceland and was happy with the relationship just as it was. ‘It was going well. We were doing so much, traveling back and forth to California. Some friends of ours, especially in Hollywood, were breaking up and that scared both of us.’

Besides, the cameo beauty was only fourteen when they met during Elvis’ famed tour of duty in Wiesbaden, West Germany, in 1959. There had been times at first when the ten years between them seemed insurmountable. At twenty-four, Elvis was already a legend, and he was naturally confused about his feelings for the ninth grade student living overseas with her mother and Air Force captain stepfather. ‘We had a very romantic relationship,’ says Priscilla, ‘but Elvis was always conscious of the age difference. He didn’t want `jail bait’ to dampen his image, and he was protective of throwing me to the media. He also knew he would be leaving Germany and didn’t want to hurt me.’

Before he returned to the United States, six months after their meeting, Elvis told Priscilla he loved her, but still he wasn’t sure how to proceed. Even though he had a girlfriend in Memphis, he wrote and telephoned the love-struck Priscilla often. Their conversations, she remembers, frequently lasted for several hours.

During the following two years, Elvis invited Priscilla for occasional visits Christmases at Graceland, a trip to Las Vegas and another to Los Angeles. They were always chaperoned by Elvis’ friends and family members. In 1962, Elvis came up with the novel idea for Priscilla to finish her high school education in Memphis, and phoned her stepfather, Captain Paul Beaulieu, for his permission. He assured the Beaulieus that Priscilla would live at his father Vernon’s house, attend a good school and always be chaperoned, and implied that he would marry her when she came of age. He must have been a sweet talker. Reluctantly, her parents approved. Vernon enrolled Priscilla at Immaculate Conception, a girls’ school in Memphis, while Elvis was in Los Angeles filming Fun in Acapulco.

Unbeknownst to her family, bit by bit she moved from Vernon’s house into Elvis’ mansion. The couple often stayed up all night with Elvis’ entourage, and Priscilla would sleepwalk through her classes the following day. After graduating, she continued to live with Elvis at Graceland and at his house in Bel-Air for four more years, molding herself to Elvis’ lifestyle, one that she loved but that was hardly typical for a teenager.

One day, for no apparent reason, Elvis presented her with a three-sapphire-and diamond ring, which he had worn himself for years. Priscilla knew it was symbolic. ‘He loved it and wore it all the time. I knew it meant a lot to him. It solidified the relationship.’

Late one December evening in 1966, Elvis knocked on her bedroom door. ‘I was in my dressing room getting ready to go to a movie,’ she says, alluding to one of their nightly treks to the Memphian Theater, which Elvis rented after closing time.

Priscilla playfully asked for his password. ‘Fire Eyes,’ he responded, using her nickname for him.

When he entered, she wondered what he was holding behind his back. ‘He had a jeweler come to the house earlier that evening, but I hadn’t associated it with a proposal,’ Priscilla recalls. ‘It was Christmas, and he was buying gifts for his family. It was a common thing.’

‘I have a surprise,’ Elvis told her. He got down on his knees and handed her a box. Inside was an engagement ring – a three-and-a-half-carat diamond surrounded by a detachable row of smaller diamonds.

Elvis, very much in command most times, became shy and nervous. Although he was announcing his decision rather than asking her to marry him, he said it in their own private language, speaking partly in the third person.

‘I was awestruck at first because I had no idea,’ says Priscilla. ‘I had tears in my eyes, and he in his. I cried. I didn’t expect it. I threw my arms around him, and we held each other.’ Still in each other’s embrace, they excitedly went downstairs to share the news and show the ring to his family. Then, just like any other night, everyone went off together to a midnight movie, where Elvis made the announcement to his friends.

‘Colonel’ Tom Parker, who managed Elvis’ career, planned a private wedding at the Aladdin Hotel in Las Vegas. A justice of the Nevada Supreme Court married the couple at 9:4r a.m. on May 1, 1967. About a dozen family members and friends watched as Priscilla, twenty-one, wearing a long, empire-style white gown and tulle veil, and Elvis, thirty-two, wearing a tuxedo, exchanged vows. After the ceremony, the Presleys flew on Frank Sinatra’s Learjet, the Christina, to their rented house in Palm Springs. Elvis sang ‘The Hawaiian Wedding Song’ as he carried Priscilla across the threshold. Four weeks later, they put on their wedding clothes again and hosted a wedding reception for sixty guests at Graceland.

On February t, 1968, their daughter, Lisa Marie, was born. The marriage ended in divorce six years later. Elvis died at Graceland on August 16, 1977. 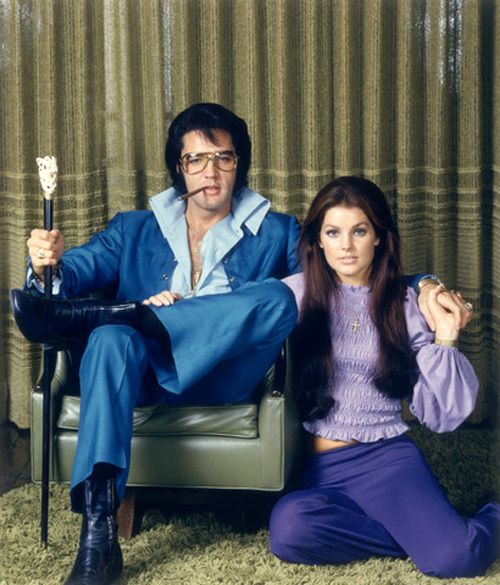