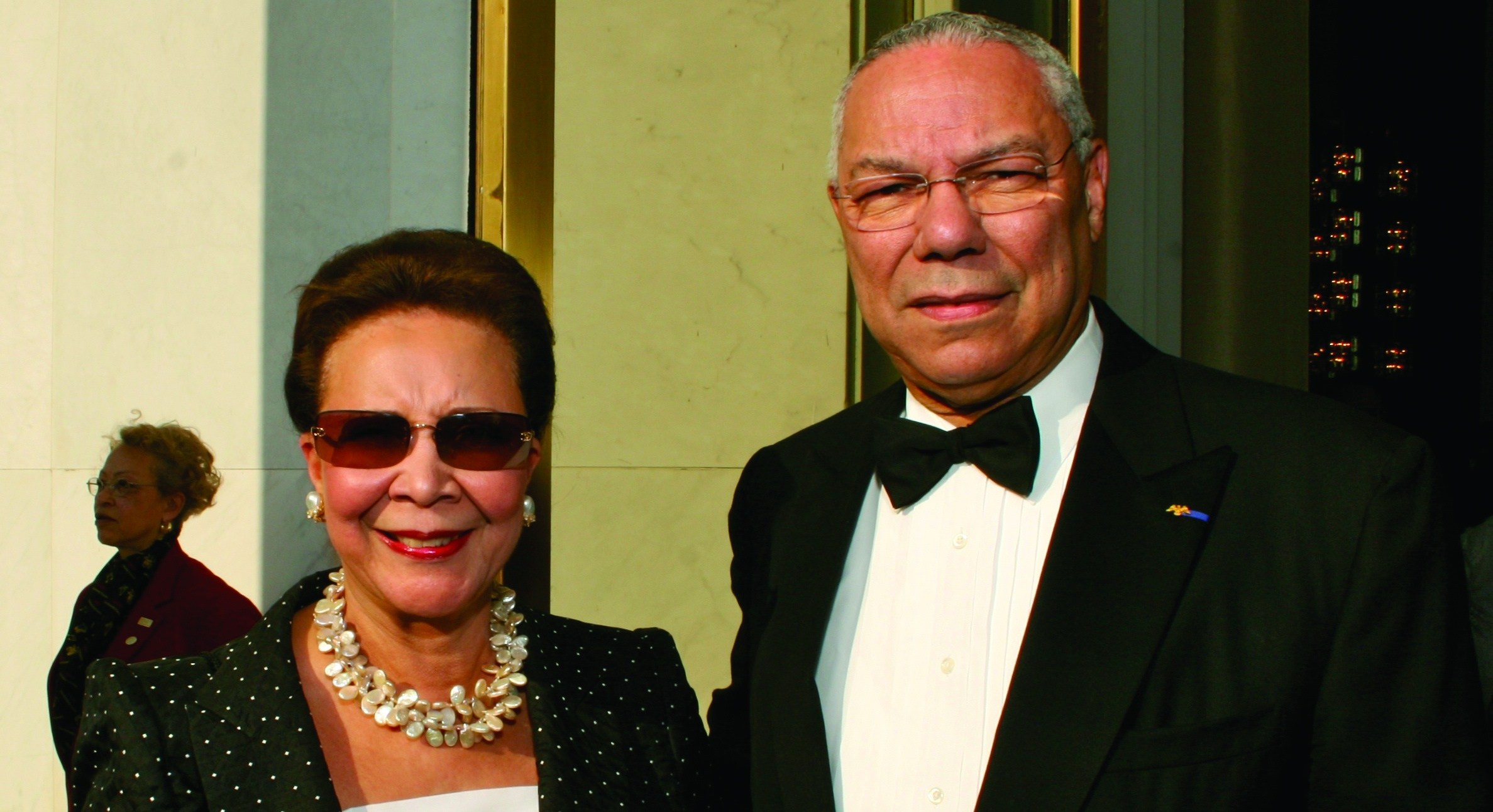 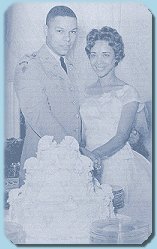 The same qualities that served one of America’s most famous soldiers during war – assertiveness, bravery, fearlessness – were also evident during his maneuvers to win the heart of the woman he loved. In November, y6r, Colin Powell was on his way to becoming a nationally recognized hero, the youngest and the first African-American chairman of the United States Joint Chiefs of Staff and leader of Operation Desert Storm during the Persian Gulf War. However, when they met, Alma Johnson wasn’t easily won over.

She was an audiologist at the Boston Guild for the Hard of Hearing when her roommate, Jacqueline Fields, pressured her into a date with a young man who had just been promoted to a captain in the U.S. Army and was serving in the Fifth Infantry Division at Fort Devens, Massachusetts.

‘I don’t go on blind dates, and I definitely don’t go out with soldiers,’ Alma told Jacqueline. But Jacqueline insisted. After all, Alma was twenty-four and single, and Colin, twenty-five, was such a nice person.

There were no fireworks on their first date at a Boston nightclub, but both Colin and Alma had a pleasant evening. Alma, with her warm smile, possessed a quiet strength and intelligence. Colin was a man of few words, but Alma could see his virtues. He asked her out for the following weekend, and the following, and the following. It became routine: Alma would take the bus to Fort Devens on Friday nights, and Colin would drive her home on Sundays.

Many of their dates were at the officers’ club with married couples, and Alma enjoyed the camaraderie of army life. But deep down, she didn’t understand Colin’s choice of a military career. She had never before met a man who had joined the army by choice.

Colin invited her to his parents’ New Year’s Eve party in the South Bronx, New York. ‘Maybe I will,’ she said coyly, before deciding to go.

Colin came from a tight-knit family. His parents were immigrants from Jamaica and hoped that Colin would eventually marry a Jamaican girl. They socialized with other Jamaicans and held certain prejudices against southern blacks. Alma was from Birmingham, Alabama, and her father wasn’t thrilled about her marrying a Jamaican, whom he didn’t even meet until just before the wedding.

After the new year, the couple began to see each other exclusively. Colin was now picking her up and driving her to New York for the weekend to spend time with his family and friends, who welcomed her once they assessed the seriousness of the relationship. Two events may have prompted Colin’s decision to propose in August. The first was a phone call from Ronnie Brooks, one of his closest friends from his Reserve Officer Training Corps days, who told Colin that he had heard about a special girl he wanted to meet named Alma Johnson. ‘Forget it, I already did,’ Colin told him.

The second occurrence was orders to leave immediately for a one-year tour of duty in Vietnam. When Colin told Alma, she didn’t offer to wait for him.

‘I don’t want to tell you I’ll be here when you get back,’ she said firmly. ‘I’m too old for that. I may write, I may not. But I don’t really want to go through all of that.’ A week later, Colin gathered his nerve. ‘Okay, this is what we are going to do,’ he told her. ‘We’ll get married in two weeks. You’ll go home next week to get ready for the wedding, I’ll come down the week after that, and we’ll get married.’

Those were the orders Alma was waiting to hear:

They married on August 24, 1962, at her parents’ home in Birmingham. Also present was Colin’s family and his best man, Ronnie Brooks.

Four months later, while Alma was pregnant, Colin went to Vietnam, where he led a combat unit near the North Vietnamese border. Their son, Michael, was three weeks old when Colin heard the news about the birth. The couple also has two daughters, Linda and Annemarie. 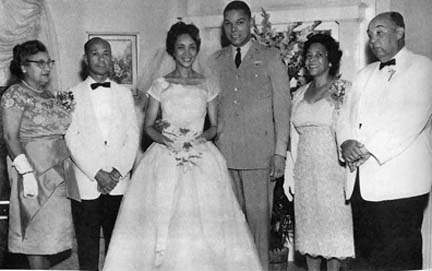