Why We Love Who We Love 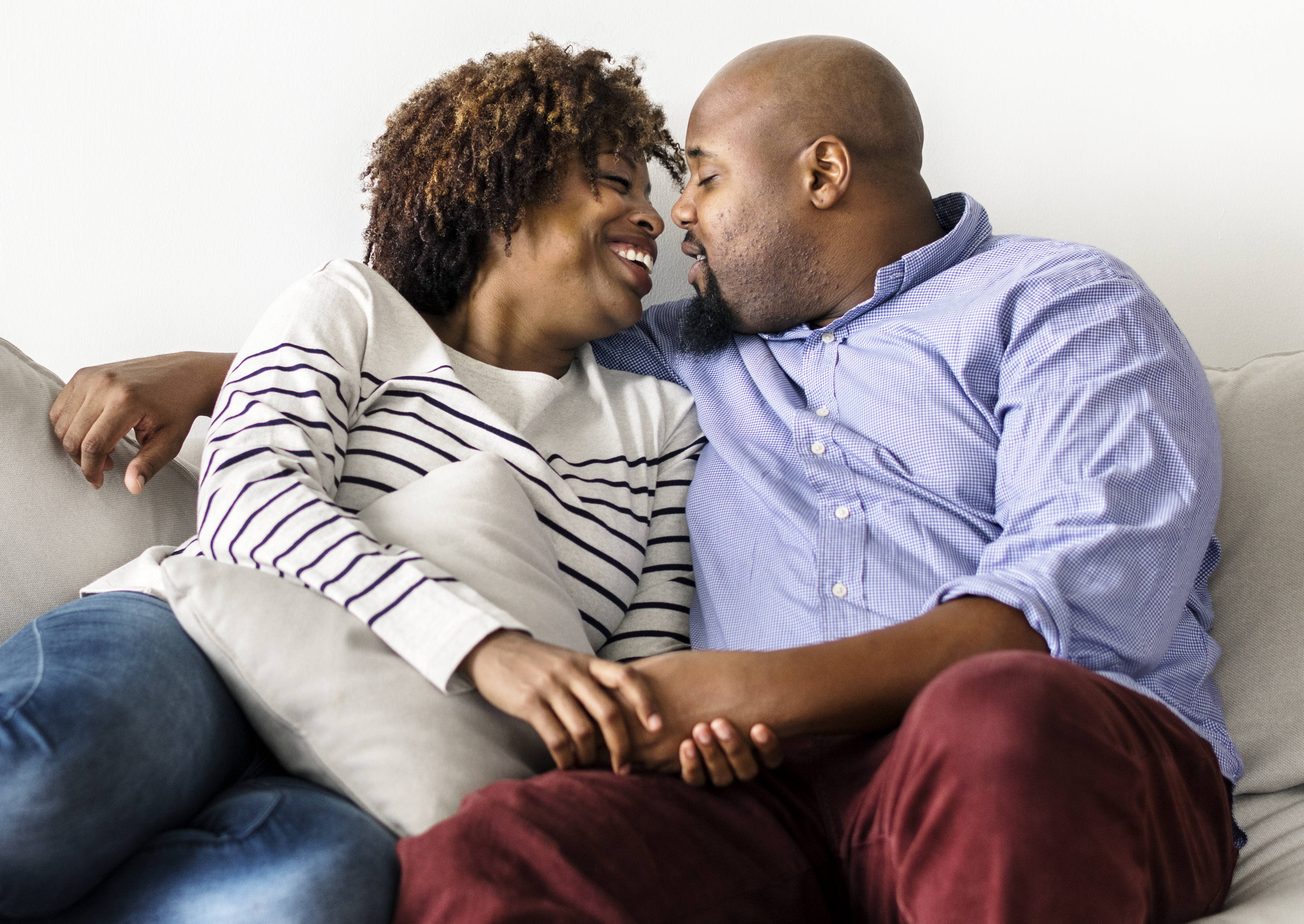 Couple having a romantic and happy time together

Have you ever known a married couple that just didn’t seem as though they should fit together–yet they are both happy in the marriage, and you can’t figure out why?

I know of one couple: He is a burly ex-athlete who, in addition to being a successful salesman, coached Little League, was active in his Rotary Club and played golf every Saturday with friends. Meanwhile, his wife is petite, quiet and a complete homebody. She doesn’t even like to go out to dinner.

What mysterious force drives us into the arms of one person, while pushing us away from another who might appear equally desirable to any unbiased observer?

Of the many factors influencing our idea of the perfect mate, one of the most telling, according to John Money, professor emeritus of medical psychology and pediatrics at Johns Hopkins University, is what he calls our ‘lovemap’–a group of messages encoded in our brains that describes our likes and dislikes. It shows our preferences in hair and eye color, in voice, smell, body build. It also records the kind of personality that appeals to us, whether it’s the warm and friendly type or the strong, silent type.

In short, we fall for and pursue those people who most clearly fit our lovemap. And this lovemap is largely determined in childhood. By age eight, the pattern for our ideal mate has already begun to float around in our brains.

When I lecture, I often ask couples in the audience what drew them to their dates or mates. Answers range from ‘She’s strong and independent’ and ‘I go for redheads’ to ‘I love his sense of humor’ and ‘That crooked smile, that’s what did it.’

I believe what they say. But I also know that if I were to ask those same men and women to describe their mothers, there would be many similarities between their ideal mates and their moms. Yes, our mothers–the first real love of our lives–write a significant portion of our lovemap.

The mother has an additional influence on her sons: she not only gives them clues to what they will find attractive in a mate, but also affects how they feel about women in general. So if she is warm and nice, her sons are going to think that’s the way women are. They will likely grow up warm and responsive lovers and also be cooperative around the house.

Conversely, a mother who has a depressive personality, and is sometimes friendly but then suddenly turns cold and rejecting, may raise a man who becomes a ‘dance-away lover.’ Because he’s been so scared about love from his mother, he is afraid of commitment and may pull away from a girlfriend for this reason.

While the mother determines in large part what qualities attract us in a mate, it’s the father–the first male in our lives–who influences how we relate to the opposite sex. Fathers have an enormous effect on their children’s personalities and chances of marital happiness.

Just as mothers influence their son’s general feelings toward women, fathers influence their daughter’s general feelings about men. If a father lavishes praise on his daughter and demonstrates that she is a worthwhile person, she’ll feel very good about herself in relation to men. But if the father is cold, critical or absent, the daughter will tend to feel she’s not very lovable or attractive.

What about opposites? Are they really attracted to each other? Yes and no. In many ways we want a mirror image of ourselves. Physically attractive people, for example, are usually drawn to a partner who’s equally attractive.

In addition, most of us grow up with people of similar social circumstances. We hang around with people in the same town; our friends have about the same educational backgrounds and career goals. We tend to be most comfortable with these people, and therefore we tend to link up with others whose families are often much like our own.

Robert Winch, a longtime sociology professor at Northwestern University, stated in his research that our choice of a marriage partner involves a number of social similarities. But he also maintained that we look for someone with complementary needs. A talker is attracted to someone who likes to listen, or an aggressive personality may seek out a more passive partner.

It’s rather like the old, but perceptive, saying on the subject of marriage that advises future partners to make sure that the holes in one’s head fit the bumps in the other’s. Or, as Winch observed, it’s the balancing out of sociological likenesses and psychological differences that seems to point the way for the most solid lifelong romance.

However, there are instances where people of different social backgrounds end up getting married and being extremely happy. I know of one man, a factory worker from a traditional Irish family in Chicago, who fell in love with an African-American Baptist. When they got married, their friends and relatives predicted a quick failure. But 25 years later, the marriage is still strong.

It turns out that the woman was like her mother-in-law–a loving and caring person, the type who rolls up her sleeves and volunteers to work at church or help out people in need. This is the quality that her husband fell for, and it made color and religion and any other social factors irrelevant to him.

Or as George Burns, who was Jewish and married the Irish Catholic Gracie Allen, used to say: his marriage was his favorite gig, even though it was Gracie who got all the laughs. The two of them did share certain social similarities–both grew up in the city, in large but poor families. Yet what really drew them together was evident from the first time they went on stage together. They complemented each other perfectly: he was the straight man, and she delivered the punch lines.

There are certainly such ‘odd couples’ who could scarcely be happier. We all know some drop-dead beautiful person married to an unusually plain wallflower. This is a trade-off some call the equity theory.

When men and women possess a particular asset, such as high intelligence, unusual beauty, a personality that makes others swoon, or a hefty bankroll that has the same effect, some decide to trade their assets for someone else’s strong points. The raging beauty may trade her luster for the power and security that come with big bucks. The not-so-talented fellow from a good family may swap his pedigree for a poor but brilliantly talented mate.

Indeed, almost any combination can survive and thrive. Once, some neighbors of mine stopped by for a friendly social engagement. During the evening Robert, a man in his 50s, suddenly blurted out, ‘What would you say if your daughter planned to marry someone who has a ponytail and insisted on doing the cooking?’

‘Unless your daughter loves cooking,’ I responded, ‘I’d say she was darn lucky.’

I tried to reassure Robert, pointing out that the young man their daughter had picked out seemed to be a relaxed, nonjudgmental sort of person–a trait he shared with her own mother.

Is there such a thing as love at first sight? Why not? When people become love-struck, what happens in that instant is the couple probably discovers a unique something they have in common. It could be something as mundane as they both were reading the same book or were born in the same town. At the same time they recognize some trait in the other that complements their own personality.

I happen to be one of those who was struck by the magic wand. On that fateful weekend, while I was a sophomore at Cornell University, I had a terrible cold and hesitated to join my family on vacation in the Catskill Mountains. Finally I decided anything would be better than sitting alone in my dormitory room.

That night as I was preparing to go to dinner, my sister rushed up the stairs and said, ‘When you walk into that dining room, you’re going to meet the man you’ll marry.’

I think I said something like ‘Buzz off!’ But my sister couldn’t have been more right. I knew it from the moment I saw him, and the memory still gives me goose flesh. He was a premed student, also at Cornell, who incidentally also had a bad cold. I fell in love with Milton the instant I met him.

Milt and I were married for 39 years, until his death in 1989. And all that time we experienced a love that Erich Fromm called a ‘feeling of fusion, of oneness,’ even while we both continued to change, grow and fulfill our lives. 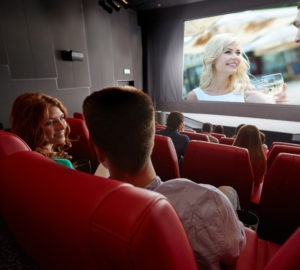 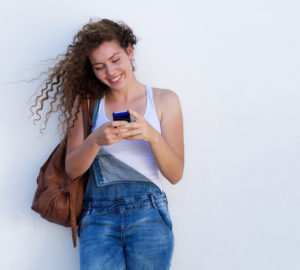 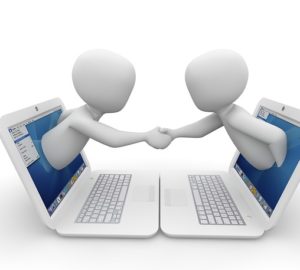 How to Make Your First Meeting Comfortable and Enjoyable